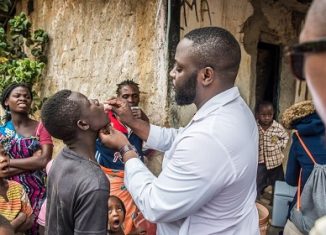 African Health Ministers have pledged to implement key strategies for ending cholera outbreaks in the African region by 2030.

Forty-seven African countries adopted the Regional Framework for the Implementation of the Global Strategy for Cholera Prevention and Control today (28 August) at the 68th session of the World Health Organization’s Regional Committee  for Africa, which is taking place in Dakar, Senegal.

“Cholera is a symbol of inequity,” said Dr Matshidiso Moeti, the WHO Regional Director for Africa. “It’s an ancient disease, which has been eliminated in many parts of the world. Every death from cholera is preventable. We have the know-how and today countries have shown that they have the will to do whatever it takes to end cholera outbreaks by 2030.“

Cholera is a major global public health problem, but the burden and impact of the waterborne disease is greatest in sub-Saharan Africa. In 2017, more than 150 000 cholera cases, including more than 3 000 deaths, were reported in 17 countries Africa. This year, there has been a spike in cholera cases across Africa, with eight countries currently battling outbreaks.

Jan 24, 2020
0 38
BIAT, on Thursday January 23, published its activity indicators as at 31 December 2019. The bank's achievements underline the continuity of the development of its...

Dec 14, 2019
0 93
President of the Tunisian Federation of Travel Agencies (FTAV) Jabeur Ben Attouche expressed his dissatisfaction with the way the official authorities and the media...

Jan 20, 2020
0 93
The Ministry of Energy and Dams is currently working on the rollout of public/private partnerships to bring power to regional cities after success of...