AGIL is the distribution and marketing arm of the Tunisian Ministry of Energy with a strong presence in retail, bunker, lubricants, natural gas and the aviation fuel markets and the new partnership dovetails with Air BP’s strategic plans to increase its presence in Africa and the Middle East.

As part of the new agreement, Air BP customers which include private individuals, operators, general aviation and commercial airlines can benefit from being able to use the Air BP Sterling Card service at the new locations.

In addition, clients will be able to contract their fuel requirements via Air BP, provision of which will be serviced by AGIL, said a statement from Air BP.

The sterling card is recognized worldwide and serves as a highly convenient way for aircraft operators and pilots to purchase jet fuel across the Air BP network, it stated.

The agreement established by both companies will also enable the mutual exchange of expertise in areas such as operational safety and product quality.

According to Air BP, the Tunisian aviation market was poised for solid growth in the coming years.

“The Tunisian Aviation market is a key destination for some of our European and Middle Eastern customers so entry into this market fits with our aim to offer customers a highly convenient service,” remarked Julio Casas, the general aviation manager for Mena and South Asia.

“In AGIL we have a strong local partner to support our development. Its local knowledge combined with Air BP’s global expertise will certainly position us well in this region,” he added.

This latest agreement marks Air BP’s second entry into the North African market where since, 1978 it has operated with Misr Petroleum to serve the Egyptian aviation sector.

Air BP operates at over 600 global locations in over 45 countries serving customers from the private pilot to some of the world’s largest airlines. 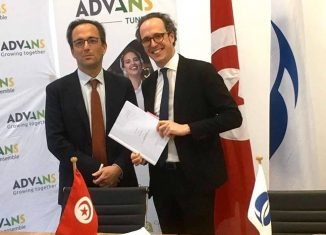