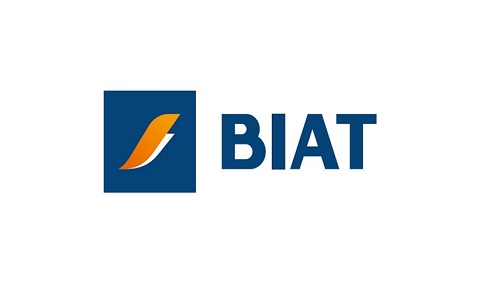 BIAT, on Thursday January 23, published its activity indicators as at 31 December 2019.

The bank’s achievements underline the continuity of the development of its activity.

This performance is the result of the high growth of banking operating income rising from 1.27 billion dinars in 2018 to 1.5 billion dinars, i.e. a 19% increase.

These products are composed of 1 billion dinars of interests, 200.75 million dinars of commissions and 220.4 million of income from the commercial and investment securities portfolio.

In addition, the outstanding deposits reached a record level at 13 billion dinars in 2019, against 11.5 billion one year earlier, including 6.2 billion of the sight deposits.

However, the outstanding net loans amounted to 10.4 billion dinars, i.e. a slight decline of 2.7% compared to the previous year.

The bank’s equity capital stood at 1.14 billion dinars at the end of last December, not taking into account the result of the financial year 2019. 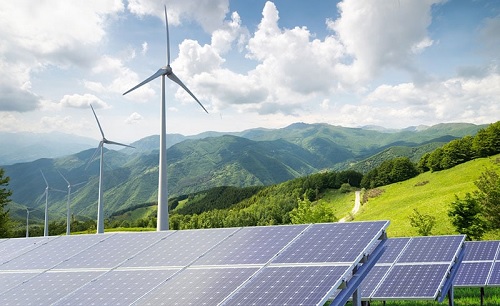 The European Bank for Reconstruction and Development (EBRO) and the European Union (EU) have agreed a new €50 million program of financial guarantees aimed at scaling up investment in renewable energy in Ukraine and in the EU’s Southern Neighborhood with a particular focus on Tunisia, Jordan and Lebanon.

According to a press release published by EBRD Wednesday, this is the first guarantee program by the Bank to receive funding through the EU External Investment Plan (EIP), an EU initiative launched in 2017 with the aim to attract more investment, especially from businesses and private investors, into countries neighboring the EU and in Africa.

Under the new program, the EBRD will provide guarantees to lenders such as local commercial banks, which will allow them to provide financing to projects alongside EBRD loans. The guarantee is expected to help generate total investments of up to €500 million.

The EBRD will implement the largest volume and number of guarantees under the EIP in the EU Neighborhood.

The projects under this program will help unlock countries’ substantial renewable energy potential, promote the development of renewable energy more widely and demonstrate how the private sector can help meet growing demand for energy, the press release added.

It will cut greenhouse gas emissions, first in Ukraine and then in countries in the EU’s Southern Neighborhood, with a particular focus on Jordan, Lebanon and Tunisia.” 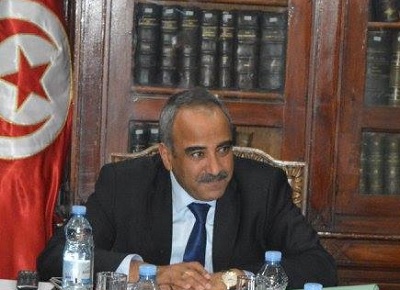 Tunisia has been able to reduce, for the first time, its debt ratio by more than 5 points, Finance Minister Ridha Chalghoum said at a forum on “Explaining the Provisions of the 2020 Finance Law,” held Thursday in Tunis.

The Minister highlighted the positive results achieved in 2019, in terms of increasing the State’s own resources, as well as the reforms of public finance, the reduction of indebtedness and the improvement of the dinar exchange rate, reckoning that these positive results will continue so as to introduce further reforms.

Concerning tax resources, Chalghoum said their growth has been significant over the past two years, adding that Tunisia has been prudent this year in order to achieve a higher growth rate and better results.

Tunisia is in need for funding to repay its debts, in accordance with the agreements concluded with international donors (WB and IMF), the minister added.

An upturn in cement exports was also recorded from the third quarter onwards generating a turnover of 2.3 million dinars.

As for cement, annual production grew 17% to 1.478 million tons compared to 1.263 million tons a year earlier.

This increase is explained by higher sales on both the local and export markets, which enabled the company to maintain its leading position on the market with a share of 19%.

The production of aggregates saw a decline of 7% compared to the previous year and the turnover fell by 18% to 21.5 million dinars as a result of the delay in the execution of several public contracts.

Exports, which increased by 7.8% over the period, consolidating at the level of 80.2% of the group’s consolidated turnover to reach 720.8 million dinars.

The consolidated revenues of mechatronics (electronic components and modules) reached 425 million dinars, up 5.9% compared to their 2018 level. The sales of this component are almost entirely intended for export.

In addition, OneTech Group’s investment effort in 2019 was focused on innovation, quality and productivity improvement. Physical investments reached, over the whole year 2019, a sum of 33 million dinars. 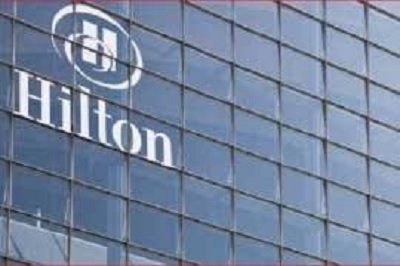 Hotel operator Hilton has signed an agreement with Groupe Alliance that will see the Le Palace Hotel in Tunis rebranded as the Hilton Tunis Gammarth in 2023, following an extensive renovation plan.

The renovation of all guest rooms, suites, and public spaces, including the hotel’s F&B outlets will be conducted in phases, starting in 2021.

Commenting on the agreement, the vice president of Development at Hilton MENA, Carlos Khneisser, said: “This is a hotel we have been interested in for some time and we are delighted to have found the right partner, with the Groupe Alliance. I look forward to working with Samir Jaieb and his team to deliver an exceptional Hilton product.”

The chief executive officer of Groupe Alliance, Samir Jaieb, said: “This hotel is the start of a partnership with the Hilton Group, we are excited to work with the hotel chain to bring the Hilton name in one of the most prestigious hotels in Tunis.” 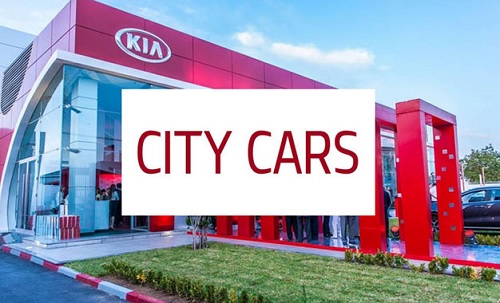 That performance is attributed mainly to a volume effect, resulting from gains in terms of market shares. 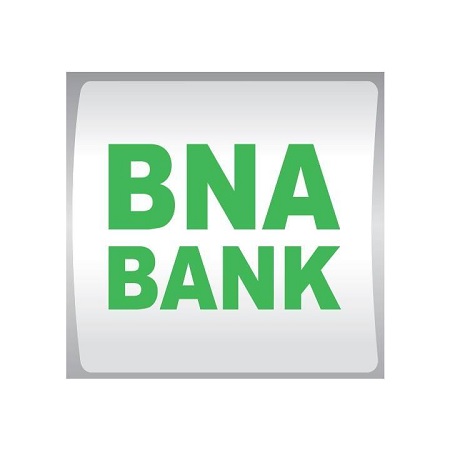 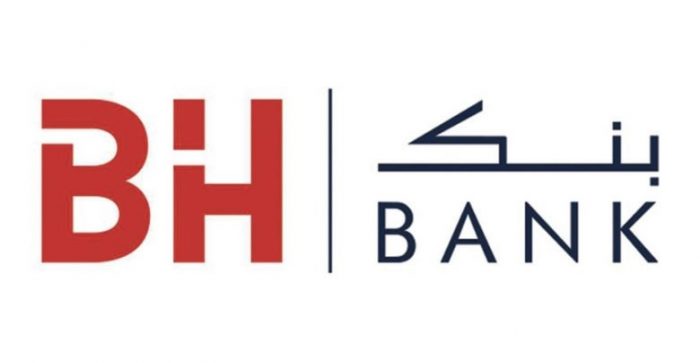 Similarly, an increase in outstanding customer loans by 336.9 million dinars, or 3.69%, was recorded last year to reach 9.45 billion dinars.

The investment securities portfolio posted an increase of 19.3% to 1.52 billion dinars at the end of December 2019, against 1.27 billion the previous year.

As for loans and special resources, they grew by 14.9% to reach 1.57 billion dinars.

Finally, the shareholders’ equity before result of the period increased by 14.8% to reach 839 million dinars at the end of last December, against 731 million in 2018. 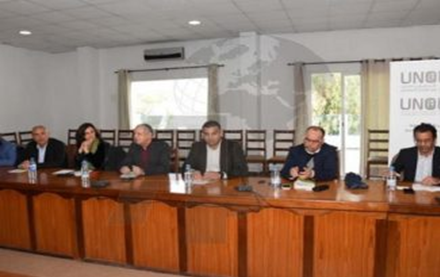 A press conference was organized on Thursday January 23 by the National Agronomic Institute of Tunisia (INAT), to announce the official launch of the National Union of Operators of the Organic Sector (UNIbio).

In a statement to Africanmanager, Leith Tlemsani, President of UNIbio said that it is an independent professional union that brings together all farmers, processors and distributors of natural or processed agricultural products and bearing or intended to bear indications referring to the organic production method.

Tlemsani also specified that the objective of this new structure is to contribute to a better structuring of the organic market, particularly in terms of supply and sales channels, to encourage synergy between the various operators in the sector, such as farmers, processors, distributors, including exporters, etc….

It will also seek to help helping farmers to convert to organic farming, ensuring better promotion of Tunisian organic products and limiting the impact of consumption on natural resources (soil, water, biodiversity…).

On another aspect, the president of UNIbio spoke about the difficulties encountered by the Tunisian organic sector.

He said “we have noticed that there is a lack of synergies between the various stakeholders, as well as the absence of a legal framework for the distribution of organic products, which paves the way for fraud, as well as a control of the marketing and use of pesticides in Tunisia, which promotes the use of toxic products prohibited by international standards,” he noted.

He added that “We are convinced that the prospects for the organic sector are enormous. Moreover, at the international level, the organic market represents barely 3% of the global market.

In Tunisia, the share of this market also remains minimal, despite the importance of products such as dates and olive oil. In the world as in Tunisia, the demand is much larger than the supply…” concluded Tlemsani.

The marketing of organic products on the local market is developing in a timid but growing way thanks to the opening of specialized sales outlets in several regions of the country.

According to the data announced by the National Union of Operators of the Organic Sector, in Tunisia, the organic areas reached 336 thousand ha in 2018. 60 thousand tons of organic products were exported in 2018 with a value of about 677 million dinars.

It should be noted that organic agriculture is a production method that uses farming and breeding practices that respect natural balances.

It therefore excludes the use of synthetic chemicals (pesticides and chemical fertilizers), GMOs and limits the use of inputs.

Jan 24, 2020
0 38
BIAT, on Thursday January 23, published its activity indicators as at 31 December 2019. The bank's achievements underline the continuity of the development of its...

Dec 14, 2019
0 93
President of the Tunisian Federation of Travel Agencies (FTAV) Jabeur Ben Attouche expressed his dissatisfaction with the way the official authorities and the media...

Jan 20, 2020
0 93
The Ministry of Energy and Dams is currently working on the rollout of public/private partnerships to bring power to regional cities after success of...