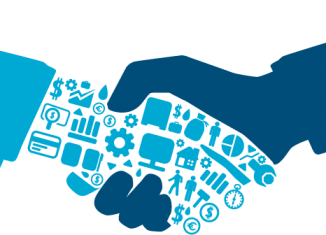 Ethiopia, Tanzania, Kenya and Uganda offer investors a reward score above the African continent’s average, according to the 2018 Africa Risk-Reward Index from Control Risks (www.ControlRisks.com) and Oxford Economics. Ethiopia and Tanzania lead the list of the top rewarding economies for the second time, with Kenya following in fourth position after Côte d’Ivoire. Strong improvements on both the reward and the risk side make Uganda one of the strongest performers of the June 2018 edition of the Africa Risk-Reward Index.

“Ethiopia with its impressive reward score of 7.94 out of 10 offers opportunities for investors specifically in the agriculture and manufacturing sectors which continue to demonstrate high levels of growth. The government’s new privatisation push in the energy, telecoms and logistics sectors also offer new and exciting opportunities for investors. However, its risk score of 5.79 is also above the continents average of 5.54 due to the ongoing political transition under new Prime Minister Abiy Ahmed, who will need to delicately balance the interests of the political elite with opposition demands for the opening of political space.

“With great economic potential across sectors from energy to agro-processing, Tanzania remains an interesting but volatile target for potential investors. However, the country’s continuously high reward score is overshadowed by a high risk score of 5.72. President John Magufuli’s rising autocracy and several legislative changes – giving the administration permanent sovereignty over mineral wealth as well as the ability to renegotiate exploration and production agreements, increase its shareholding in mining companies and increase mining royalties – raise concerns within the international investor community.

“After Kenya’s protracted 2017 election period and consequently reduced investment levels, 2018 is an exciting year for investment opportunities in Kenya. Kenya’s reward score remains one of the highest in sub-Saharan Africa and the ruling Jubilee Party of Kenya continues its pro-business policies. However, improving relations between the government and the opposition will be instrumental in ensuring that political tensions do not undermine economic growth, and more prudent fiscal and macroeconomic policies are needed to maintain positive economic prospects.

“Uganda ranks among the top economies in the 2018 Africa Risk-Reward Index when it comes to positively changing its scores. Relative political stability under President Yoweri Museveni means that priority national projects such as oil production or infrastructure projects face few policy or bureaucratic delays. While the prospects for economic growth have improved following the end of a regional drought and the election period in neighbouring Kenya, concerns over a deteriorating security environment mitigate the otherwise improved risk score.”

Jan 24, 2020
0 26
BIAT, on Thursday January 23, published its activity indicators as at 31 December 2019. The bank's achievements underline the continuity of the development of its...

Dec 14, 2019
0 89
President of the Tunisian Federation of Travel Agencies (FTAV) Jabeur Ben Attouche expressed his dissatisfaction with the way the official authorities and the media...

Jan 20, 2020
0 75
The Ministry of Energy and Dams is currently working on the rollout of public/private partnerships to bring power to regional cities after success of...