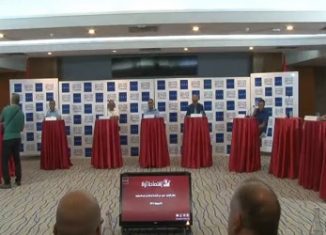 The Arab Institute of Business Managers (IACE), on Wednesday, organized a debate with the representatives of the most important political parties, in order to determine solutions concerning the reforms of the administration.

The meeting is part of the “Economy First” initiative launched by IACE. It is a “think-tank” that seeks to frame economic thinking before the start of the election campaign.

“The reform of the administration is part of the major reforms … the role of the administration and the effectiveness of the old reforms were discussed to learn the programs of different political parties and push them to engage in a better reflection before the next elections, “Majdi Hassan, Executive Director of IACE, told Africanmanager.

He added that the IACE’s series of debates attracts the largest political parties every week, specifying and that the aim is to know how these stakeholders will deal with the impending economic problems once they come to power.

Majdi Hassan estimated that the different participants agreed on the diagnosis of the current situation of the administration, and that the political actors have to present convincing programs.

“There is a real awareness of the urgency of the reforms of the administration, it is a primary vector of development” member of the steering committee of IACE, Nefaa Naifer told Africanmanager.

He considered that the proposals of the different parties are complementary, and that the time allowed to each participant (two minutes per participant) was insufficient for them to express their full ideas.

“Exchange is necessary during this pre-election period. The IACE gives its opinion and this helps to pull the debate upwards and to have a consensus on the best measures to be taken in favor of the administration and the citizen “, added Nefaa Naifer.

He added that is necessary to come out of this debate with an agreement on the priority actions to be carried out on the way of the reforms, which could facilitate the implementation of these measures once a new government is in place, one that can be composed only of several political parties.

It should be noted that on 19 June 2019, the IACE launched a series of weekly roundtable meetings that will run until 24 July, to discuss new topical issues, including the value of the dinar exchange, employment policies, inflation …

An online platform of the economy was also launched in parallel to present the economic programs of all parties.

The platform allows experts to monitor and evaluate these programs and voters to get an idea of the reforms planned by the candidates for power.

Jan 24, 2020
0 15
BIAT, on Thursday January 23, published its activity indicators as at 31 December 2019. The bank's achievements underline the continuity of the development of its...

Jan 20, 2020
0 70
The Ministry of Energy and Dams is currently working on the rollout of public/private partnerships to bring power to regional cities after success of...