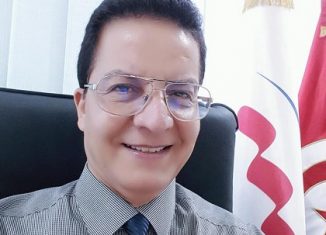 Every summer, Tunisians, whose habits have become increasingly greedy in air conditioning, renew with peak power consumption due to hot weather in almost the entire territory.

Last summer, this peak was estimated at 4025 megawatts (MW). An increase of this peak to 4100 MW is expected this summer, but STEG promises zero power cuts thanks to measures taken in advance, according to Mounir Ghabry, director of customer relations at STEG.

Ghabry gives, in an interview with TAP, some insights on these measures and on other future projects of the company.

TAP: The summer looks hot and the heat is of course synonymous with over-consumption in Tunisia because of air conditioning. What are STEG’s plans to avoid fateful thresholds or binding cuts in electricity?

Mounir Ghabry: In addition to the mobilization of its personnel in all sectors of production, transport and distribution, electricians and gas staff, STEG will continue, of course, to support any awareness-raising action on energy saving, especially in peak periods, but it already has a plan B when needed.

It is a 400-megawatt backup system made available to the company thanks to the electricity exchange agreement with the SONELGAZ group of Algeria and in the framework of agreements between Maghreb companies, including the National Office for Electricity and Potable Water (ONEE) of Morocco.

Last year, the threshold of exchange between the Tunisian and Algerian plants rose for the first time from 150 to 300 megawatts. We have increased it again this year to reach the historical threshold of 400 MW, which will give us a considerable scope. It’s about 10th of our national capacity and it’s like we have a plant at our disposal, usable as needed, at the lowest cost.

This summer, all the measures are taken to ensure the continuity of power supply throughout the Tunisian territory.

There will be, therefore, no power cut whatsoever, knowing that the choice of power outage (load shedding) is adopted, often, to avoid the collapse of the production system for overload, and so get away from the blackout especially during scorching periods.

However, it should be noted that several factors contribute to reaching peak consumption, in addition to consumer behavior, temperature and humidity, the number of successive days of heat waves, wind speed, etc.

TAP: Where do you stand on the Smart Grid, a project initiated by STEG in recent years?

Mounir Ghabry: Despite the acknowledged financial difficulties, STEG has made efforts to modernize and match the level of the best similar companies at the technical and managerial levels. It is in this

context that this project is considered very interesting by bringing long-awaited solutions by our customers.

Thus, the STEG will begin, this summer, the installation of smart meters, an essential component of the project, in the region of Sfax where 400 thousand smart meters will be installed.

These types of meters will then be generalized to STEG’s 4 million customers throughout the Tunisian territory.

This operation will allow a considerable gain in terms of cost control and also improve the quality of services provided to our customers.

These will have the opportunity to control their consumption, resulting in a gain of confidence in the company’s billing system.

The problems of intermediate and estimated invoices will ultimately be solved by a more flexible, transparent and real billing.

With the possibility of a prepaid system, the customer could buy, in advance, his electricity consumption according to his needs and before reaching the end of the balance, a message will be sent to him to prevent it.

Moreover, we signal that by the summer, it will be possible to pay STEG’s bill by mobile phone. This could help to avoid congestion and waste of time and paper.

In June, customers will also be able to retrieve their invoices with bar codes and pay them everywhere in the nearest areas, including the post office, through the company’s renovated website (currently undergoing reform).

Through the customer space on the company’s website (steg.com.tn), customers will be able, for the first time, to enter the index of their electricity and gas consumption to print their invoices and to pay them virtually, without need to move …

We also have the SMS service which has about 2 million subscribers. This service is free and allows the customer to be informed by SMS of the release of his bill or any possible delay of payment

TAP: The fraud or the theft of electricity is a phenomenon that persists. What plan does STEG have to deal with this problem that has led to estimated business losses of 1,192 MD between 2010 and 2016, according to the Court of Auditors?

Mounir Ghabry: We admit that this phenomenon exists. It has spread to gain even more ground since the revolution because of the collapse of state authority and the demonization of what belongs to it.

With the improvement of the conditions, STEG does not cease multiplying the efforts to control this phenomenon harmful to the society. Fraudsters are treated in accordance with the procedures in force and legal proceedings are possible.

The STEG recovers annually around 200 million dinars from the fraudsters of electricity or gas, in the various categories of these domestic customers, commercial, agricultural and even industrial.

STEG has lodged a number of complaints with legal authorities to claim its rights against fraudsters.

TAP: The Court of Auditors, in its 2018 report, mentioned the free electricity for STEG employees, calling on the company to rationalize this advantage to avoid its cost. What is STEG’s answer?

Mounir Ghabry: First, we must avoid amplifying, by populism, these assets and social rights and relativize by giving the fair value of this free which represents only a tiny part of the total production.

Moreover, it must be remembered that free electricity for STEG agents is a legal and legitimate right, as is the case in other similar Tunisian and foreign companies.

The STEG agents enjoy this favor within the framework of an allocated quota and pay any excess. They also pay the State the resulting VAT.

This “free access” remains an advantage as any other advantage granted to employees in a public or private company instead of a premium.

Of course, we sensitize the company’s staff of the need to rationalize their consumption and we encourage them to produce even electricity from renewable energies in accordance with the regulations in force in this area.

I end my answer by calling everyone to take a positive, motivating and rewarding approach instead of any kind of denigration and demonization of the employees in general, while recalling that after the collapse of the system on January 14, 2011, the Tunisian administrative services continued to play their roles normally and it is the executives and employees of these various administrations and companies who have saved the country from certain anarchy.