Tullow Oil Plc, the lead company in Ghana’s oil production, said on Wednesday that it expected production at the Jubilee oil field for 2012 to average between 70,000 and 90,000 barrels.

“Gross Jubilee production is currently over 70,000 barrels per say and following a number of remedial activities is expected to average 70,000 to 90,000 barrels in 2012,” it said in a statement.

It said Jubilee field production would ramp back up in 2012 towards the field plateau rate of 120,000 barrels as the Phase 1 remedial programme began to take effect from January 2012 and the new Phase 1A wells were brought on stream from the second quarter.

“The final outcome will be dependent on the well performance achieved, the downtime required to execute the recompletions and the scheduling of available rigs for other operations to ensure the Group’s exploration and appraisal commitments are also fulfilled,” it said.

Gross production from the field reached 88,000 barrels during 2011 before declining to approximately 70,000 at year-end, with an average production for the year of 66,000.

“The cause of this decline in well productivity has been identified as a technical issue related to the design of the well completions and is not expected to have any impact on field reserves and resources. Remedial work aimed at recovering lost well productivity has commenced with the successful sidetracking of the J-07 production well utilising a new completion design,” the statement said.

Government of Ghana’s approval for the next phase of development, Phase 1A, was received on January 9, 2012. This development will consist of eight new wells; five producers and three additional water injectors and the expansion of the subsea network 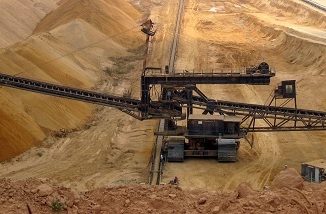