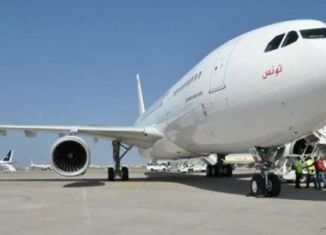 National carrier, Tunisair, is in trouble. Everyone knows this, except probably for the current government, which had thrown up its arms since last May, when Youssef Chahed said during the national dialogue on transport that “I am telling you now. There will be no 1,200 MD”.

This amount was to represent the cost of the company’s rescue plan that will never be given to it, with the exception of the 52 MD for the redundancy plan, the costs of which have since exceeded this small amount.

Since then, the national carrier has been dragging on a huge cumulative deficit as at December 31, 2017 of 671 MD and cumulative borrowings of 860 MD without taking into account the OACA debt. And even these latter figures will be exceeded for the 2018 and 2019 balance sheets, which have not yet been made public.

In 2018, fuel expenditures, which saw an increase, amounted to more than 26.5 per cent. The repayment of loans, for which the owner State no longer even wants to give a guarantee, represented almost 19% of its expenses and the cost of chartering represented 4%.

These three essential expenses alone represent more than 40% of Tunisair’s expenses, which no longer have the support of its largest shareholder.

A shareholder state that, however, runs this company, which aims to make profit, according to considerations and criteria that more political and social than commercial.

Considerations, particularly for recruitment and dismissal, but also for maintaining its activity in destinations, especially local ones, far from being profitable and sometimes even for the simple regional prestige.

It can become profit-making again and decision is purely political

Tunisair is far from over. Better still, it can even become profit-making, and it proved it last July. The figure had surprised many, but between July and August 2019, Tunisair had generated a profit on full costs of 40 MD, in only two months of activity (July and August 2019), despite all these charges and debts.

This performance had been made possible by a simple reduction in activity by 20% of the seats offered. “A selective reduction, on the less profitable routes”, reassures the company’s management.

There was also a decrease in offer, particularly on regular lines dominated by tourism, such as Brussels Monastir and Djerba, Lisbon Tunis. It did it by also lowering the Charter offer on Eastern Europe and mainly Prague, and by drastically reducing the flights on Cotonou, Abidjan, Dakar and Beirut. This decline will be mitigated to only 10% as of November 2019, so as not to lose these markets.

A decrease, which Tunisair’s management explains clearly, by the lack of financial resources.

Those financial difficulties are currently forcing the company to leave 6 of its aircraft blocked on the tarmac, not having enough means to buy the parts to be renewed.

And they are these same financial difficulties, coupled with a financial dispute with a Canadian company that was supposed to repair four aircraft engines which also reduced the offer of seats.

This reduction in flights coupled with an increase in its prices (which did not impact Tunisair’s competitiveness), generated a rise in revenues, bringing them to 167 MD in July 2019, against 166.8 MD in July 2018.

The result, “in full costs”, for scheduled flights, has thus been reduced to 22 MD for July alone, against only 2.8 MD for July 2018, said the company’s management.

Tunisair is certainly sick. But it is, first of all, by the failure of the State shareholder to fulfill its commitments. A shareholder state that would thus deny almost its own creation.

The company has repeatedly presented recovery or restructuring plans. Those plans have had little interest from successive governments since the revolution. Those governments have nevertheless increased its staff and inflated its costs.

However, Tunisair remains easily able to be saved, and without even resorting to the full financial support of the State as proposed in its recovery plan and validated by a small Cabinet meeting in May 2019.

All that would be required is for the shareholder state to let the managers of its company make the necessary commercial choices, decide where it flies and which destinations it should leave, according to purely commercial criteria, far from political directives and social pressures.

The decision is in the hands of the same shareholder state and is easy. Former Minister of Transport, Hichem Ben Ahmed, with the company’s senior executives, had found it and implemented it, without the sky falling on the customers’ heads.

There were certainly delays, cancelled flights and other incidents along the way. But Tunisair achieved a full cost benefit of 40 MD in just 2 months. Let us imagine what it would be like in a full year.

Jan 21, 2020
0 19
The "Banque de Tunisie" (BT) has just published its activity indicators for the fourth quarter of last year. These indicators show a 9.4% increase...

Dec 14, 2019
0 80
President of the Tunisian Federation of Travel Agencies (FTAV) Jabeur Ben Attouche expressed his dissatisfaction with the way the official authorities and the media...

Jan 20, 2020
0 31
The Ministry of Energy and Dams is currently working on the rollout of public/private partnerships to bring power to regional cities after success of...