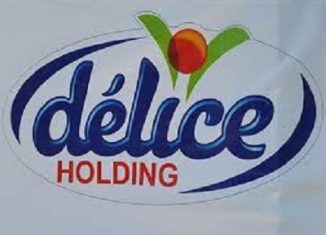 Délice Holding Group has published its consolidated financial statements for the year ended December 31, 2018, such that they will be submitted to the approval of the Ordinary Shareholders’ Meeting to be held on June 20, 2019.

This rise bears the mark of the increase in local sales by 4% to 750 million dinars and operating subsidies by 47% to 79.6 million.

However, export sales are down 14% to 17.7 million dinars against 20.6 million a year earlier.

Therefore, the Group’s operating profit fell by 18.5% to 48.2 million dinars, compared to 59.2 million a year earlier.

The Delice Group is made up of nine companies: DELICE Holding, CLC, CLN, CLSB, SBC, CF, Delta Plastic, STIAL and SOCOGES operating in the agri-food industry.