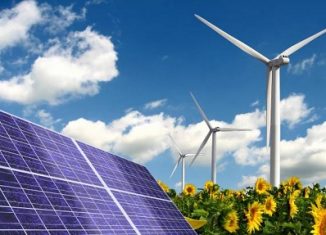 The project of Djerba-Zarzis technopark for renewable energy will see the light of the day by the end of the year 2019 or the beginning of 2020, announced its director, Ahmed Friaâ.

This project will take shape, after an increase in the company’s capital.

During the presentation of the next steps of this project, which had been blocked for nine years, Friaa reported that a decree was published in the Official Journal of the Republic of Tunisia, accrediting it as a technopark.

The industrial land agency (AFI) has allocated a land of 160 hectares. A preliminary layout has been presented to the City Council and will be transferred to AFI, he indicated.

The project, estimated at a total cost of 150 million dinars, will create 4,000 jobs in the first part.

It should contain 3 main activities: training, scientific research and technological innovation and foster the emergence of innovative companies.

In this respect, the project should include areas dedicated to training (engineering school), research and innovative companies.

It will also include an industrial zone, an agricultural activities area and a waste treatment and recovery unit.

Tunisian investors will participate in the capital increase of the company, said Friaa.

Feb 17, 2020
0 38
The International Fund for Agricultural Development of the United Nations (IFAD) has announced support for a new project that aims to reduce rural poverty...

Feb 7, 2020
0 83
Economics expert but also businessman, Radhi Meddeb, delivers some draft solutions to big problems that plague the Tunisian economy, especially since 2011. In an interview...

Jan 20, 2020
0 181
The Ministry of Energy and Dams is currently working on the rollout of public/private partnerships to bring power to regional cities after success of...