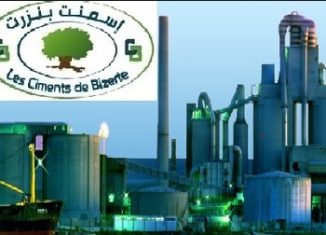 State-owned company “Les Ciments de Bizerte” has increased its losses in the first half of the current year, penalized by a growth in the cost of sales faster than income

In the first six months of the year, Les Ciments de Bizerte achieved a turnover of 41.9 million dinars, against 39.9 million a year earlier, up 5%.

Therefore, the gross margin fell by 84% to 608 thousand dinars, against 3.9 million dinars in the first half of last year.

Taking into account 9.8 million dinars from other operating expenses and 4.5 million administrative expenses, the operating profit of the cement producer shows a deficit of 12.1 million dinars against -5.7 million a year earlier.

Jan 20, 2020
0 59
The Ministry of Energy and Dams is currently working on the rollout of public/private partnerships to bring power to regional cities after success of...