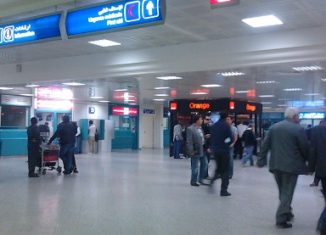 Around 1.6 million travelers have arrived through Enfidha-Hammamet International Airport from the beginning of the current year until December 4, Minister of Tourism and Handicrafts and Interim Transport Minister René Trabelsi said on Wednesday in Enfidha.

“90% of these travelers are tourists who have stayed in hotels in Sousse, Nabeul, Monastir and Mahdia”, he told reporters on the celebration of the 10th anniversary of the opening of the Enfidha-Hammamet International Airport.

The Minister stressed the strategic nature of this TAV-run airport, given its geographical location at the intersection of major roads and main tourist resorts.

He added that airport officials are seeking to attract 2 million tourists in 2020.

Moreover, “the various stakeholders in the tourism sector are working to achieve the goal of 9 million tourists in 2019, especially since 8.6 million have entered Tunisia until December 4, 2019,” he pointed out.