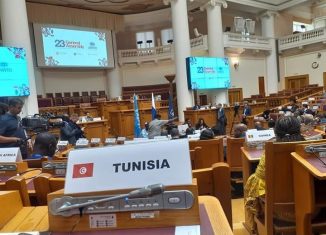 Tunisia officially, on Tuesday, won a seat at the Executive Council of the World Tourism Organization (UNWTO) for four years, during the 23rd session of the UNWTO General Assembly held on September 9-13 in Saint-Petersburg, Russia.

Out of the 11 African candidate countries, 6 countries including Tunisia will represent the African continent until 2023.

Thanks to this seat, Tunisia will participate in the decision-making and development of the future strategies of the organization, which will help it promote the national tourism.